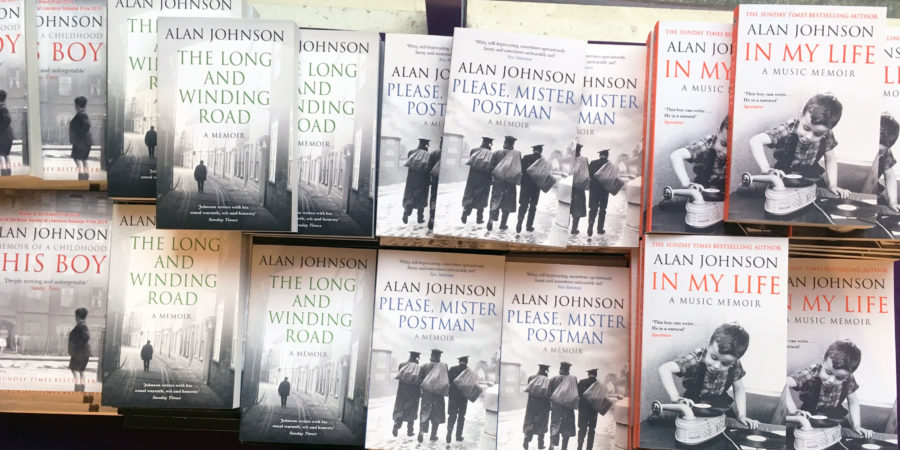 An evening with Alan Johnson, The Wharf Theatre Devizes 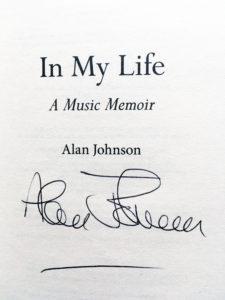 Two things I have in common with Alan Johnson: saving pocket money to buy my first guitar which came with a copy of Bert Wheedon’s Play in a Day; and working for the Royal Mail – in the capacity of a casual worker at Christmas. Not a proper postman, as Alan is quick to point out in the Q&A later, when I raise the matter.

Many ‘proper’ postmen resented this influx of students because: (a) some failed to do the simplest task such as putting letters into the correct letter box; and (b) some casuals on the rounds received the Christmas boxes (tips) meant for the regular postie. I put my hand up to that but I was naïve and thought the little old lady pressing a half crown into my hand just wanted to encourage me in my work, no doubt sympathetic to this gangly teenage-weakling struggling to stand upright while negotiating a heavy postbag. 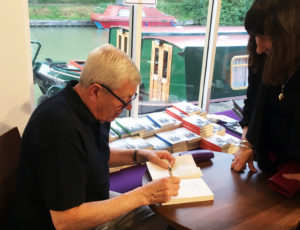 A wonderful evening in the company of Alan Johnson, the Labour politician turned writer who was presenting his latest book In My Life -a music memoir – the fourth in his series of memoirs which began in 2014 with This Boy. This was an immediate success, winning the Orwell Prize for political writing that year, beating Charles Moore’s Margaret Thatcher biography. This was followed by Please, Mister Postman and The Long and Winding Road. Even if you are unfamiliar with his books, you have probably worked out that Alan is a great fan of The Beatles – each title a tribute to one of their songs. 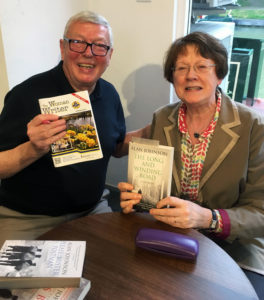 As expected from the man who should/could have been Prime Minister, but resigned as Shadow Chancellor of the Exchequer in 2011, he displayed the chief quality that would have fitted him for that role: charisma.  He was relaxed, charming, witty, informative and holding us spellbound with his stories and commentaries on the music that influenced him most. He was thoughtful and honest in his answers in the Q&A in the second half – not surprisingly more political than literary.

He obviously loves his life now and writing is his great love. He is working on a novel and it will be interesting to see where that takes him. He has a real flair for storytelling, tempering the serious side of life and a social conscience with warmth and humour.