Birmingham born and bred, I came to Calne, Wiltshire to teach, and settled in the area. When you have Cherhill White Horse, Silbury Hill and Avebury Stone Circle on your doorstep, why live anywhere else.

I have been writing since I was little: thank-you letters to Aunties for knitted gloves at Christmas; keeping a Letts Schoolgirl Diary which recorded meals I ate, sweets I bought, games I played and TV programmes I watched. I wrote poems and stories and entered competitions in the Children’s Newspaper and won school essay prizes. My diaries expanded, as I got older, to A5 Page -a-day ones – entries full of teenage angst and unrequited love. I started a novel and tried my hand at TV drama, influenced by what I read and saw. I loved writing but I wanted to be an actress.

I was an avid reader of Plays and Players magazine. I went regularly to the Birmingham Rep, where Derek Jacobi, Ralph Nossek and Bernard Hepton were resident actors. I went on school trips to the RSC at Stratford where I saw such greats as Vanessa Redgrave, Ian Holm, David Warner, Ian Richardson, Glenda Jackson and Eric Porter.

I was a regular visitor to the Devonshire Park Theatre in Eastbourne where we used to go on holiday. Lots of comedies and murder mysteries and waiting at the stage door afterwards for signatures.

I watched adaptations of the classics on TV and regular favourites such as The Lone Ranger, Quatermass and Z Cars, moving on to the gritty The Wednesday Play series, with directors and playwrights such as Dennis Potter, John Hopkins and Ken Loach. And of course there was Crossroads which ran from 1964-85.  How could a Brummie not watch that! Everyone knew someone connected to the soap.

I had my first rejection letter at sixteen from the BBC for a TV play I wrote about a love affair with a jazz trumpeter. There wasn’t much plot from what I remember but loads of atmosphere and music and an unhappy ending. I think I was ahead of my time. Later in my writing career, I had a couple of monologues performed on stage and a radio play on RTE, and many rejections from the BBC for my radio sitcoms. Still open to offers.

I write articles for magazines, short stories and some poetry. I moved into local history when I was commissioned to write books about towns based on images from the Francis Frith Archives.

My Wiltshire books published by Francis Frith include: West Wiltshire Towns; Calne Living Memories; Devizes, Town & City Memories series; Trowbridge, a History & Celebration; and Walk Around Historic Trowbridge). The Little Book of Wiltshire  was published by The History Press in 2013.

My first non-Wiltshire book was Survivor of the Long March. Five Years as a POW 1940-1945 co-written with Charles Waite (The History Press) 2012. A new paperback was published February 2017 (with additional material). The Road to Civitella 1944: the Captain, the Chaplain and the Massacre (Fonthill Media) was published October 2016.

In 2018 I published Bringing Home the Bacon, the story of theft of Wiltshire’s bronze pigs with illustrations by Richard Cowdy, sculptor of the Two Pigs. In March 2021, I submitted C.&.T. Harris (Calne) Ltd: an illustrated history to Amberley Publishng, which I worked on during the lockdown. Publication date is June 2022. 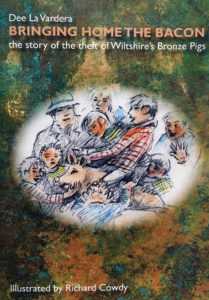 I wrote regular features for Guardian Education, Wiltshire Life, and Wiltshire Magazine. My work has appeared in: Bath Magazine, Organic Life, Ireland’s Own, Farmers’ Weekly, My Weekly, The Lady, the Southern Daily Echo, Writers’ Forum,  Sunday Times, Take a Break, The People’s Friend and The Oldie.

I have been a regular contibutor to BBC Wiltshire radio with my WOW (Wonders of Wiltshire) series, based on The Little Book of Wiltshire.

I am  a member of The Society of Authors and the Society of Women Writers & Journalists (SWWJ). I celebrated  ten years in 2019 of my column News from Moonraker Country 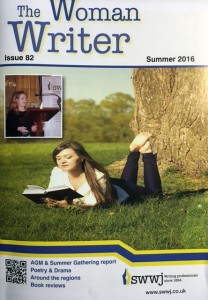 in the society’s magazine The Woman Writer – now renamed The Journal.  In my 45 columns I have kept members up-to-date with news down Wiltshire Way along with writing tips and advice.

The Society of Women Writers & Journalists celebrated its 125th anniversary  in May 2019 with a special lunch held at the Stationer’s Hall, Ave Maria Lane, London. Its new President the Rt Hon Baroness Benjamin of Beckenham OBE, DL attended, along with author Kate Mosse.

I am a member of the JB Priestley Society and help to promote Priestley’s work. I am on the Board of Trustees of Calne Heritage Centre Trust.