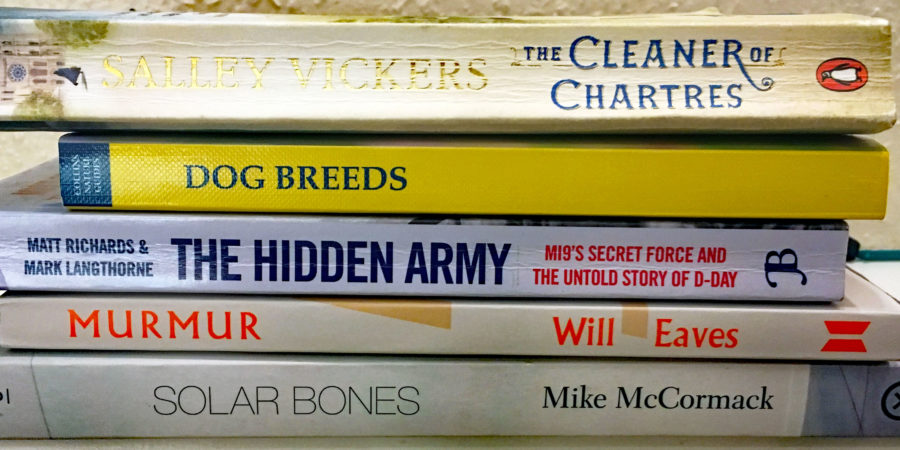 ‘What are you currently working on?’ – a  regular question addressed to a writer.

A writer must be prepared to answer the question, any time, any place. You must practise your ‘elevator pitch’ – starting with that snappy, eye-catching title which will look so good on the cover of your latest masterpeice as it stands on a shelf in Waterstones.

The point of an elevator pitch is to convey the essence of your book, play, screen play, whatever your work-in-progress is, to a Hollywood producer/literary agent/TV mogul/friend/stranger who could turn out to be a bestselling author with contacts (delete as appropriate) in the time it takes for a short elevator ride of 20-30 seconds. PING, ground floor – too late.

I am not too brilliant at promoting myself and my work. I hate writing synopses, blurbs for book covers, trying to reduce something lengthy and complex to something simple – snappy – memorable. But you have to practise, so practise when you have the opportunity.

I was catching up with my gastro-enterologist the other week. A bit of small talk about ltaly – he went to Portfino, I, to Genoa and then the curtain was drawn round the bed and we moved onto the ‘business end’. ‘Are you writing another book?’ his voice slightly muffled as he rummaged around. Mm, let me think. My book. Mm. What can I say?  I’m lost for words. “This and that,’ I say. Is he really interested or just being polite or just distracting from the work in hand?  His mind is definitely elsewhere. ‘Feathers.’ I finally splutter out. ‘A book of stories about feathers.’ The elevator ride was very short. I’m pulling up my trousers and we’re back in the comfortable chairs.

But it has to be done. Pitching, that is. It’s fundamental – selling yourself, marketing and publicising your work. As a writer – you live or die by publicity. Everyone needs connections to help you achieve your goal. We all talk to people about things we do, places we go and people we meet. Sometimes there is a synchronicity. ‘Goodness,’ a friend says, ‘I’m crazy about feathers. Give me this writer’s name.’

At the moment I still haven’t got a satisfactory title for my current work-in-progress which encapsulates the theme and genre succinctly. I started this book ten years ago after an agent liked my proposal and the sample piece of writing I sent her. A few months’ later, I submitted a couple of chapters – individual stories, but she gave it the thumbs down. Obviously, it wasn’t her cup of tea so I stopped – why? It was only one person’s response to it. But I wavered. I wobbled. I didn’t have faith in myself and my subject which I had been researching for over a year.

Never mind, I put the work to one side to concentrate on non-fiction work –writing for magazines and writing three books, while still writing short stories. I slowly returned to the original subject and the chapters I had done. When I read them again I remembered how much work I had put in to the research of the period settings.

Nothing is wasted. I recycled one chapter which I submitted to a  short story competition. I was runner up out 1200 entries and  received a wonderful critique from judge, author James McCreet – who loved the story; he understood exactly what I was writing. But nothing happened to it after all that. It wasn’t published. No agent or publisher came knocking at my door so it sat on my computer until I decided to resurrect the book with the other four stories I had written.

Short stories (and novellas) are back in fashion, in spite of some of the big name agents saying ‘no short stories’ on their submissions page. Narrative non fiction and historical fiction are popular and publishers can’t get enough of them. So, combining the two ingredients, I present my feather-themed historical fiction to the literary world.

I am a feather for each wind that blows
Leontes, The Winter Tale

Ten stories (maybe twelve) across seven centuries including an archer at Azincourt,  a thief branded for stealing feathers from a neighbour’s mattress; an apprentice quill pen maker in Georgian Bath; a New York milliner whose trade is threatened by the new movement to preserve birds and ban feathers on hats; a WW1 soldier who gets fed up of receiving white feathers for cowardice; a 1960s Bluebell Girl struts her stuff before Prince Rainier and Princess Grace in Monaco – in a storm; the joys of fly fishing, and a Japanese artist who wants to make the world a better place by using feathers.

Now I’ve given you the LONG pitch what shall I pitch to my Hollywood producer trapped in the lift with me for 20 seconds?

* From archers at Agincourt to Bluebell Girls at the Paris Lido and fly fishermen on the River Usk – every feather has a story to tell on its journey through time.

* ‘From beds to boas and quivers to quill pens’ – stories about feathers through time.

* Once upon a feather: how the world slept on, dressed in, fought with and wrote with feathers, and the price we paid to use them.

I am convinced the time is right for my book. So, what shall I call it?

What’s the title going to be?