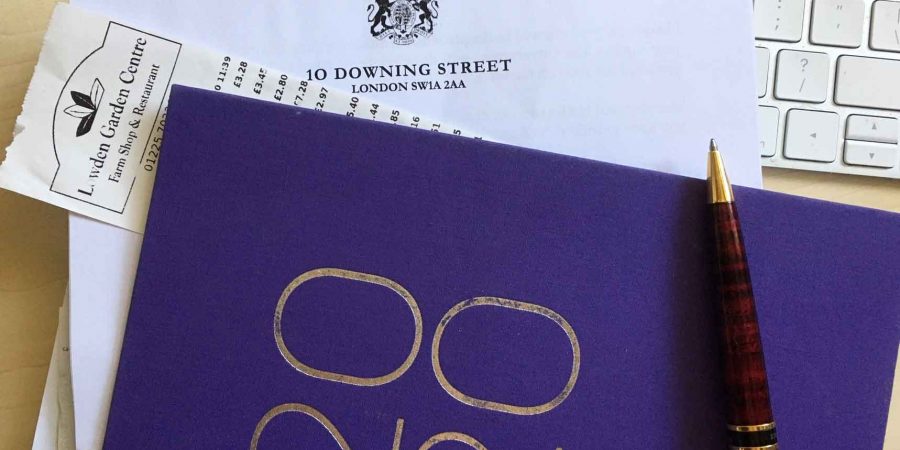 In spite of having all the time in the world, I have actually been doing less writing than usual. The book I’m working on Everything but the Squeak – an illustrated history of C&T Harris (Calne) Ltd  – the famous pie, sausage and bacon factory, is delayed – deadline some time in late 2021 now. And the proofs for the new paperback edition of The Little Book of Wiltshire are on hold, so, the book won’t be out this summer as planned.

I need deadlines to put the fear of God in me, and make me sit down and concentrate on my work – not wander off and make an empanada with the last precious roll of puff pastry in the fridge, getting near its best-by-date, or spend an hour looking at kitchen utensils – different colours and styles and then decide that I don’t really need to buy new ones, so have a look at some YouTube cat videos. I miss having a cat.

Or I try to fool myself I’m working by looking at old sitcom scripts I wrote a decade or more ago which I still think have potential in spite of several rejections by the BBC script editors. I reread them and realise now why they were rejected. Can I save them? No. I’ll never be able to write like Christopher Douglas in the wonderful Ed Reardon series or Katherine Jakeways in North by Northamptonshire or the brilliant Cabin Pressure by John Finnemore. Genuis.

I haven’t rushed to write my plague book or drama set in self-isolation. How can anyone follow Jeff Poyser’s Isolation Stories on ITV? Short dramas which encapsulated the diversity of living under lockdown – poignant, painful but positive too. Just shows you how you don’t need all these 8-one-hour-episodes-drama series that then let you down in the final episode  by not having a proper ending  where the plot is resolved, justice is done  – or whatever. Instead,  it is left hanging in the air or ‘open ended’ because the TV company executives have commissioned a second series which will not reach our screens for eighteen months. And then the second series will do the same and you’re into the third, without any promise of a final resolution.

There is so much ‘content’ out there now  for artists and writers to draw on. Everyone is  a comedian, a dancer, a singer under lockdown or has a story to tell.  It’s quite overwhelming having access to nearly everyone else on the planet. Our own little worlds let loose on the whole world in tweets, blogs, podcasts, vlogs and tik-tok mini-dramas, zoom coffee mornings and virtual art gallery tours.

I continue to plod on with my daily diary which is beginning to look like an LA murder book (reading Michael Connolly’s latest Bosch/Ballard book The Night Fire) stuffed with lockdown bits and bobs: supermarket receipts, Boris’s ‘personal letter to the nation alongside a note from my neighbour, who kindly asks if I’m OK and need any shopping. I haven’t spoken to him through the hedge for ages and was wondering if he was OK actually.

Also in my diary – pride of place – ‘Happy 100th Birthday Captain Tom Moore, NHS fund-raising hero 30th April 2020’ franking message on a real handwritten letter which I asked a friend to send to me so I could get the mark. His story has certainly been worth telling.

I remember reading my childhood diaries as an adult and wished there had been more about what was actually going on the world at the time. But at eight or thirteen or even eighteen- it’s your own life and experiences you are interested in. Not the political landscape, the price of petrol or the latest celebrity scandal.

I remember when I was training to be a teacher, studying Piaget’s Theory of Cognitive Development and one particular stage stayed in my mind: the egocentric.  The  belief that you are the centre of everything – the world revolves around you. I reckoned that a lot of adults got stuck at that one:  Stage 2

During this stage, young children can think about things symbolically. This is the ability to make one thing – a word or an object – stand for something other than itself.
Thinking is still egocentric and the infant has difficulty taking the viewpoint of others.

That’s me with my childhood diaries – and, perhaps this blog too which I suppose is basically Stage 2 ramblings.