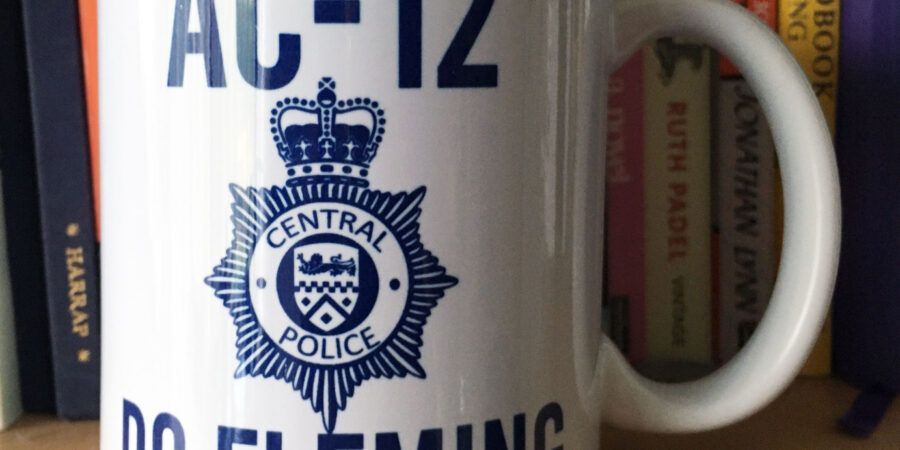 Sunday nights won’t be the same again. Over 13 million people will be tuning in tonight for the final episode of Line of Duty series 6 . Maybe the final final. Never has a TV drama series produced such a response from viewers. It’s amazing how the LOD cult has developed over the decade since it hit our screens in June 2012. A slow burner at first, tucked away on BBC2. During Lockdown, many people binged on LOD – either watching  the whole lot again or discovering the series for the first time.

‘As a content creator, all you can do is do your best work and then hope that it resonates somehow with an audience.’ Jed Mercurio

Each episode is now forensically examined, every nuance of speech and facial expression, every Post-it note stuck on a folder or photo pinned to the Crime Board is screen-grabbed and scrutinised. There are podcasts devoted to LOD for the really, really obsessed fans and newspapers and TV shows are full of references to the drama – particularly Superintendent Hastings wonderful  phrases and exclamations.

However entertaining the drama is, however terrific the acting, the nail-biting shoot-outs, however fabulous Steve Arnott’s waistcoats and Kate Fleming’s haircuts are, it’s the subject of crime and its effect on society that are important, and  the nature of justice, and what it means to be one of the good guys. Or try to be.

‘Line Of Duty’ is first and foremost a thriller. But I hope it will also be seen as a revisionist commentary on 21st century policing.’ Jed Mercurio

Like a lot of viewers, I have been watching current episodes twice, wanting to see what I’d missed first time, maybe some references to earlier episodes. To take in all the complexity of the plotting and characters, how the episode is shaped and builds up to the cliff-hangers.

If viewers want to continue to see dramas of this calibre, then making sure the next generation of writers are rewarded and credited properly is important. Many wannabe writers cut their teeth on the soaps. Julia Smith and Tony Holland, creators of EastEnders. helped many new writers start their careers. Jimmy Mc Govern (Cracker, Moving On, Hillsborough) another great screen writer mentored many aspiring writers and helped them get a foot on the TV scriptwriting ladder. He started his writing career on Brookside.

I’m not sure how Jed Mecurio finds the time to teach writing skills, as he not only writes the scripts but is showrunner (the person who has overall creative authority and management responsibility for a television programme) and therefore involved with every aspect of LOD production -even to sourcing Arnott’s waistcoats from a Belfast tailor. Fortunately, you can attend a virtual workshop with Jed Mercurio on ‘Writing Drama for Television’, via BBC Maestro. I’ve been doing this course spread over a couple of months – filling a notebook with insights and tips on the creative process.

Whatever genre you work in as a writer, there is always something to learn from others in the profession. In the end, fiction or non-fiction, poetry or prose, it is all about story telling.

You can download TV, radio and film scripts – including Line of Duty at BBC Writersroom.

Sadly, I don’t think I’ve learned enough about screenwriting to be offered a job on  Bodyguard 2 –that is, if Jed Mercurio is working on another series  He’s keeping that and his other work firmly undercover-  just like H.