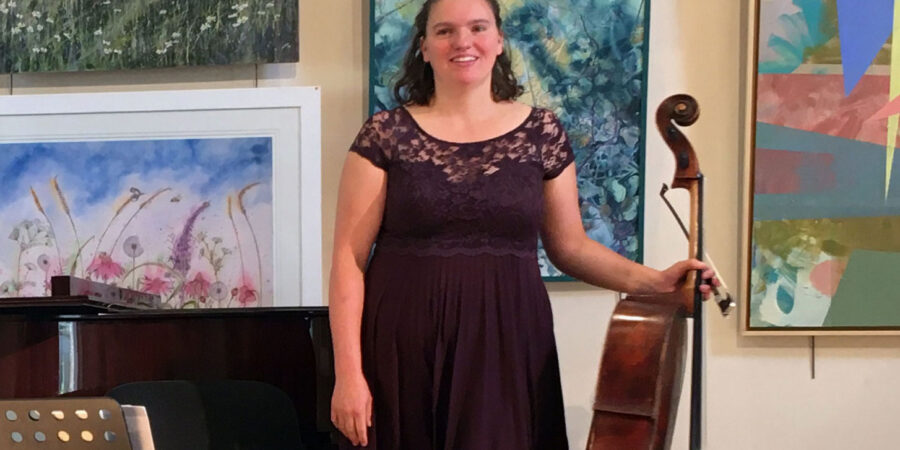 I enjoy looking back at the Calne Music & Arts Festival events, looking at photos I’ve taken which, I hope, capture the moment. It’s difficult taking pictures during a talk or a concert as it can annoy others, and darkness or  too much light can spoil the image. Best photos are often those taken of the finale, performers taking a bow, heads held high, smiling and absorbing the audience’s pleasure and appreciation.

If you’d like a taste of Bowles’s poetry try On the Funeral of Charles the First at Night, in St. George’s Chapel, Windsor

Ten days of cultural activities  in Calne. A lot of smiles from audiences and performers who have attended events. What’s on the programme next year? I wonder.

Having been on the Festival committee in the early days of Calne Music Festival – it added Art later, which John Bentley School music teacher David White  founded, I know that as soon as we’d finished, cleared everything away  (Calne Further Education Centre on The Green, was our base) settled our accounts, written thank you letters – yes, no computers then, we all got our thinking caps on for the following year. How could we top this one?

We did one year, in 1977. We invited world-famous composer Michael Tippett (1905-1998) who lived at Nockett’s Hill Farm, Derry Hill; not far to travel. He was interviewed by David White in a packed hall in the Further Education Centre. I remember he talked about composing his opera The Knot Garden, not an opera I knew much about.

Who else remembers the Tippett/White interview?  Now, of course, we’d have something like that recorded and posted online the next day – available for ever to view. It certainly put Calne on the map for a short period. A visit from music royalty was a feather in our cap at the time.  If we add the current Festival Patron Judith Weir, first female Master of the Queen’s Music, we now have several feathers in several caps.