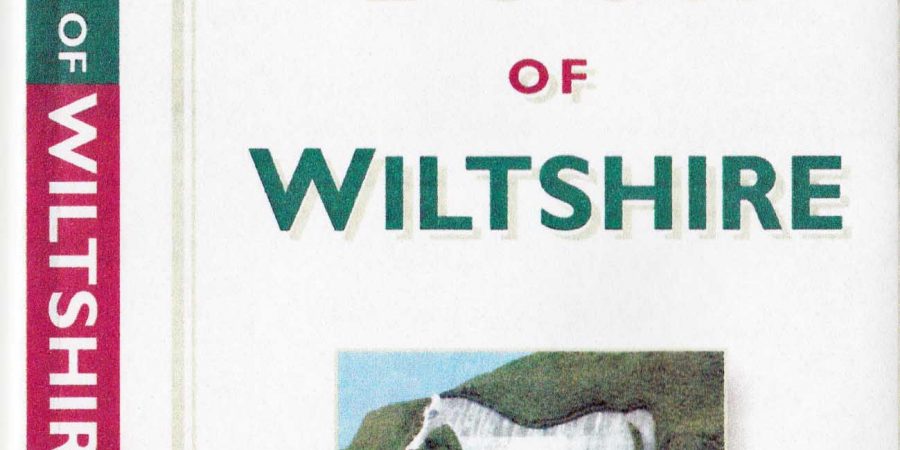 Visited Aldbourne Library on Monday evening for a book signing of The Little Book of Wiltshire which is just out. What a lovely, welcoming place it is! And it’s the smallest library in Wiltshire – sorry, I didn’t put it in my book. The village is very fortunate to have been able to keep it open after the last round of Wiltshire Council cuts. Locals successfully lobbied against its closure and have also managed to keep their librarian Trish Rushen, who is supported by a band of volunteers. It was nice meeting people, not just coming in to borrow books and CDs or to meet me and get a signed copy, but to chat to each other about local matters such as photos for the community website and when the parish council was meeting.

I was also interested in the possibility that Aldbourne is also the smallest library in England. That would be a good advertisement for the place – and all the more reason to keep it open, if it is ever under threat again. If anyone has any evidence to this effect – or challenges that claim, please send information to me via the website and I’ll pass it on. 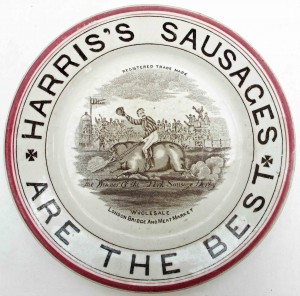 Wedgwood plate, recently acquired by Calne Heritage Centre from David Hassett of Shrewton. This has now been identified as not related to C&T Harris Calne sausages but to another  – the Sausage King

A delcious High Tea was served following the AGM of the Society of Women Writers and Journalists (SWWJ) at the National Liberal Club, London on 18 September 2013. Great news- Victoria Wood has agreed to become a patron. Sadly she was not able to attend. However, guest speaker Katy Guest, literary editor of the Independent on Sunday, gave an interesting talk with insight into her work and what she does with the 200 books which arrive on her desk each week. She only has room for 5-8 book reviews each week. No, they’re not pulped, or shipped to China but they do go to a good home.

Pleased to hear from actress and jewellery-maker Barbara Flynn again, now her jewellery website is finally up and running. I wrote about her a while ago (see archives 10 April 2010) when I met her at the Marlborough Craft Fair. She has been busy recording her new sitcom Pat & Cabbage which started on ITV on 5 September 2013. I don’t know how she fits it all in. Her new necklaces are gorgeous. Check them out here. (Photo of Barbara by Dee La Vardera)

A good summer for arts festivals down my way. Enjoyed seeing Virginia Ironside perform her one-woman show ‘Growing Old Disgracefully’ at the Devizes Festival. Very well written with sharp observations and witty one-liners. She spoke for an hour and a half on stage without a break and no notes, impressive for a non-professional performer, never mind a 68 year old. Goodness, that’s not old!

Popped over to Frome Festival to a crime writing workshop with David Lassman, co-author of The Regency Detective, set in Bath, and soon to be a TV series. He, too, is published by the History Press, but with their new imprint, the CWA award winning The Mystery Press. I enjoyed the discussions about naming your detective. Advice – one syllable names are memorable eg Holmes, Morse, Spade, Bosch and Beck (his own hero, Jack Swann) and two syllable ones Rebus, Falco, Marlowe, Maigret and Reacher are good, as are three or more with Scarpetta, Montelbano, Salander and Blomkvist as well as Wallender. Robert Galbraith – sorry JK Rowling, seems to have got it right on two counts with her choice of Cormoran Strike. My favourite is Easy Rawlins- wonderfully evocative name for Walter Mosley’s Louisiana-born detective.

When I got home from Frome, I found a phone message from Fiction Editor Norah McGrath, saying that she wanted to publish my story ‘A Piece of Cake’ in Take A Break Fiction Feast. Fired up by my success, I have just sent off another two. I think I might try a crime story next. Have to come up with a good name for a female detective. Any suggestions?