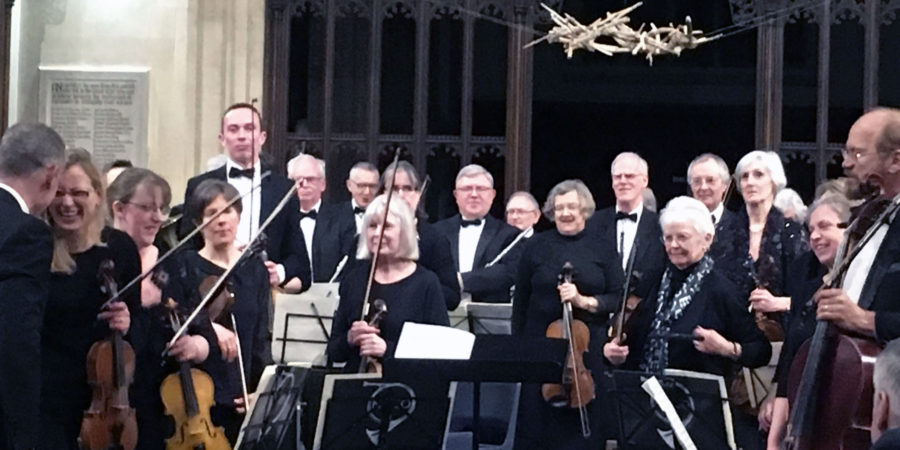 It’s not often you have the chance, outside of London, to hear a renowned percussionist play a rare concerto for vibraphone by a Brazilian composer and percussionist. So when the programme for the Spring Concert for North Wiltshire Symphony Orchestra (NWSO) came out, I leaped at the chance to hear Sacha Johnson play Concerto No 1 for Vibraphone and Orchestra  by Ney Rosauro.

When I was younger, I was a keen jazz fan and a follower of the Modern Jazz Quartet with the wonderful vibraphone player Milt Jackson,

as well as home-grown, Mike Carr  (brother of trumpeter, Ian Carr) who sadly died last year. Also Gary Burton who played, among many others, with Chick Corea. It’s not often you hear the vibraphone in mainstream classical music.

At last winter feels behind us and there’s a spring in my step after going to the concert on Saturday 10 March at St Andrew’s Church, Chippenham. Even though it was a chilly night – again, and chilly in the church, the enthusiasm and energy of the musicians and the choice of music really warmed the heart and spirit.

The programme included Shostakovich’s lively Festive Overture in A Major, Rachmaninov’s dynamic (and long) Sympohony No 2 in E Minor, Op. 27,  with the playful, nostalgic and romantic Ney Rosauro’s Concerto No 1 for Vibraphone, Op 21  sandwiched in between. The concerto, written in 1995, is dedicated to Evelyn Glennie  who says, “Like the marimba concerto this vibraphone concerto is sure to be a winner with performers and audiences worldwide.” I agree. It is a charming piece and accessible to everyone. 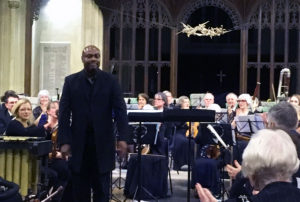 In spite of enjoying the Rosauro, the real Oscar-winning performance was the Rachmaninov – a huge beast of a symphony which would be a challenge to any national or international orchestra. Congrats, NWSO – you did well. Conductor Alex Arkwright, you’re a star.

I recognised the lively scherzo of the 2nd movement that develops into a lush surge of sound (enhanced  here by an amazing string section) but the other three movements were unfamiliar. There were snatches of Russian folk music – lightness and jollity, blending with powerful passages of melancholy and darkness. Passages reminiscent of parts of Faure’s Requiem such as the Dies Irae (which I have sung) combined with all the other strands, raced on to a huge sweeping crescendo – leaving the audience both exhausted and elated.

The prolonged applause, and spontaneous standing ovation from members of the audience, seemed a fitting end to a fabulous evening.