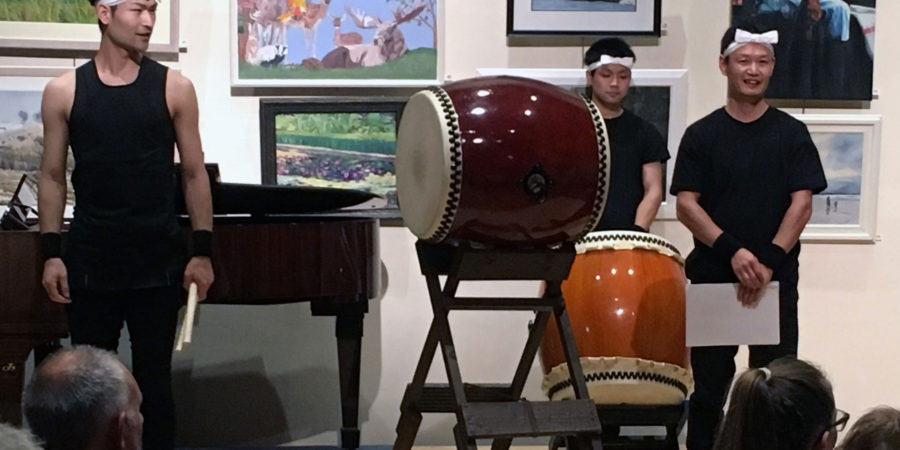 It was a real treat to hear something totally out of the ordinary at Calne Music and Arts Festival when  Yatesbury Taiko Drummers performed at Marden House on 13 September, as a coda to the main evening concert.

Taiko drumming is an ancient Japanese form of percussion, using large drums. It is loud, hard and fast and involves some choreographed movements, associated with Japanese Martial Arts.

Yes, it was loud. Very loud. Almost unbearable, with the sounds vibrating through my body and bouncing off  the walls around. But it was beautiful to watch because of the energy, elegance and agility of the young men. The  drumming was not really suitable for the small hall; it’s usually performed in large temples and the outdoors. Last year I heard similar drummers at Bath Japan Day playing outside The Assembly Rooms  – much more suited to an open-air space. However, it was a privilege to see and hear these young men. Who knew we had such talent, only a few miles up the A4.

For information about the Japanese community in Yatesbury and their philosophy of farming, go to Shumei’s Natural Agriculture