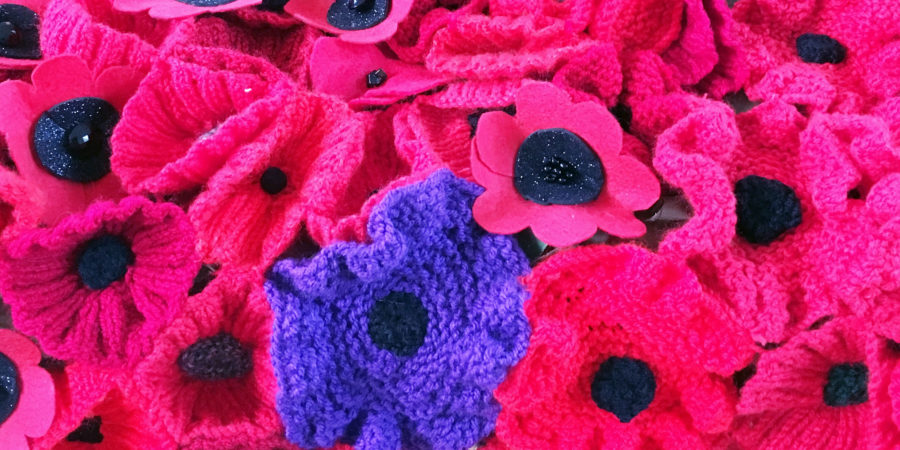 The Purple Poppy is in remembrance of animals who died in human wars. For example, eight million horses and countless mules and donkeys died in WW1.

More than 100,000 pigeons served in WW1 and 200,000 in WW2. Dogs helped in the front line to send messages, lay wires, identify mines, guard ammunition dumps and many more tasks.

In one week in  London alone at the beginning of  WW2, 750,000 pets – mostly cats and dogs, were killed in a cull ordered by the government.

In Devizes, the Town Council, Wiltshire Museum and DOCA (Devizes Outside Celebratory Arts) have got together to promote and celebrate the end of WW1. Hundreds of voulnteers knitted poppies in the traditonal red as well as white for peace and now the purple. All have been stitched onto netting to be displayed in public places.