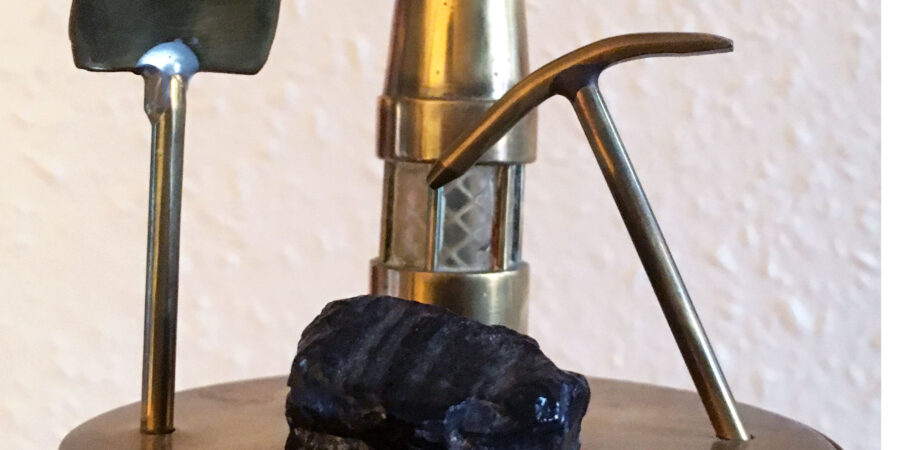 Online research can take you in many directions, often deviating down minor roads and paths away from the route you thought you were taking – the subject you are studying. And so, as I clicked through pages of the Devizes and Wiltshire Gazette of 1890 on  the British Newspaper Archive (BNA) looking for news of Calne, I came across this article. 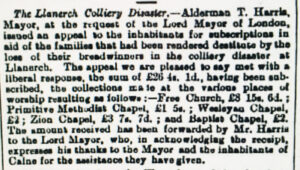 I wondered about the colliery disaster mentioned, and why Thomas Harris responded to this particular appeal. Calne people were obvioulsy moved by accounts of  the Llanerch disaster – whether from newspapers or their ministers’ sermons. The various congregations managed to raise £28. 4s 1d (equivalent to £3,700 today) to send to the appeal to help the mining families.

10 February 2017, South Wales Argus :
On Thursday, February 6, 1890, around three hundred men left their homes in the tight terraced streets of Abersychan, Cwmffrwdoer, Talywain and more to begin another day toiling underground at Llanerch Colliery.
Fewer than half of them would return.
Just before 9am an explosion, so violent it was heard for miles around, blasted through the workings deep underground. Bodies of men and horses were broken and crushed.

The explosion at the mine took the lives of 174 men and boys – the youngest 12 years old.

The tragedy resonated across the country, the news reports affecting people from all walks of life. It’s not surprising that people rallied round to help after they learned about the devastating nature of the colliery explosion, and the mothers, sisters, daughters and widows left grieving for their menfolk.

Many people worked in dangerous conditions, even agricultural and factory workers, but coal mining was high up on the list. The appetite for coal was enormous with lots of money to be made by the colliery owners. Keep the home fires burning, stoke up  furnaces to power machinery, and to keep steam trains speeding across the railway tracks.