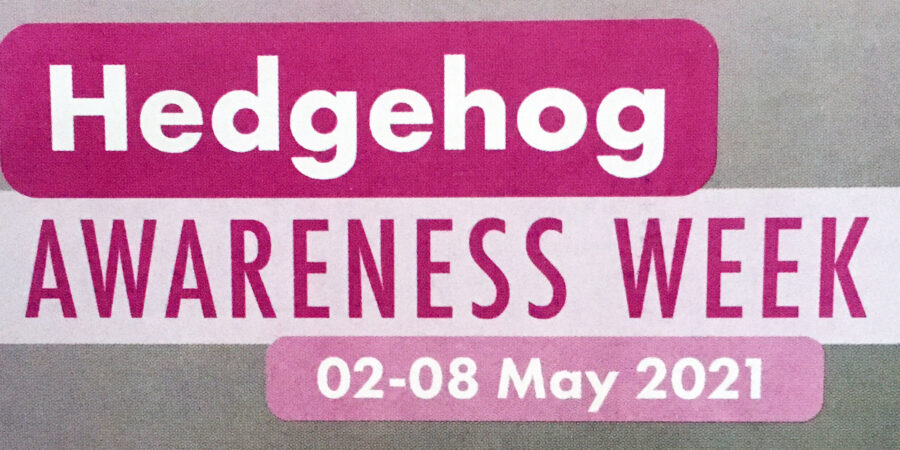 Who doesn’t love a hedgehog?

Well, not everyone, so it seems. Why did Tudors kill so much wildlife?

Hedgehogs have been on my mind these past few weeks. While having yet another clearout/tidyup/rearranging of stuff in my study,  I came across a folder of my father’s poems –hundreds of them from the 70s and 80s. He used to send me a poem or two every week, carbon copies of his latest typed work. Among them I found twenty or so ‘Burrow and Furrow’ poems about two hedgehogs my father created and were originally the protagonists in bedtime stories for my sister and me.

I had forgotten about these little fellows who amused and delighted us with their antics in the garden, garden shed and surrounding area. My father obviously felt like reviving  his spiky creations and his advenutures with them, relflecting his interests as a boy and young man – nostalgic in his retirement days, for a golden childhood land.

I was a fan of Beatrix Potter’s Mrs Tiggy-Winkle character, but my father had more stories up his sleeve than she had.

How Beatrix Potter is helping to save Britian’s hedgehogs – link

Then, out of the blue, I received some flyers from a friend advertising ‘Hedgehog Awareness Week ‘-accompanied by the ‘Vulnerable to Extinction’ poster. I knew that hedgehogs were in decline but not how precarious their future is. On a RED LIST – classified as ‘vulnerable to extinction ‘ is a serious matter. 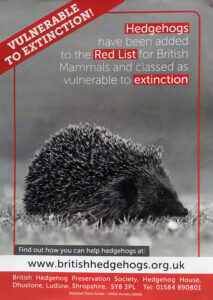 You can also contact the British Hedgehog Preservation Society link  and there are many other groups helping to rescue injured hedgehogs.

Hedgehogs are popular cultural icons,  appearing in many guises in children’s books, in  art work, design motifs and patterns on mugs, cards, tea towels, t-shirts and other places. Reminders to us of what we might lose if we don’t take care and protect our wildlife.

At least,  I have my own lovely legacy of Burrow and Furrow stories to keep me amused until I sight a real hedgehog of my own again and log it.