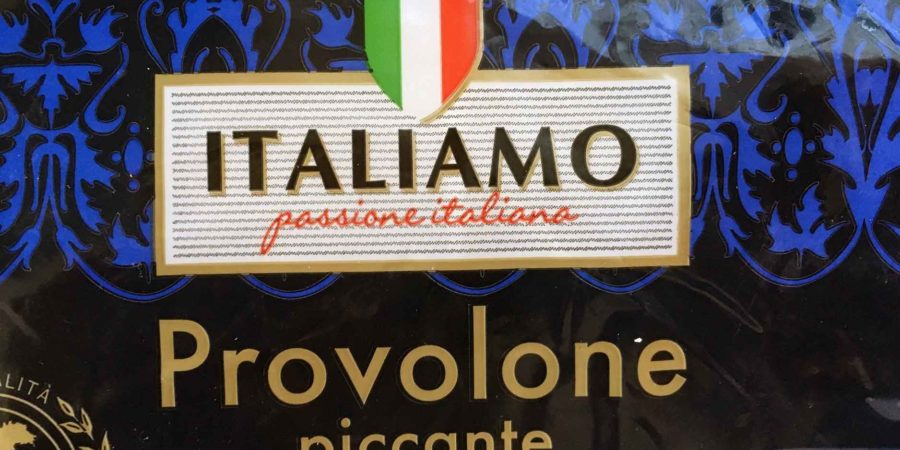 Alphabetical Days
P is for

What’s in your fridge, freezer and kitchen cupboard?

I’ve had a block of Provolone piccante cheese in the zero-degree compartment of my fridge for a long time. A very long time. I bought it at Lidl’s during one of their Italian Weeks back in April 2019. I bought three, used two, and saved the other for a rainy day. Yesterday was that ‘rainy’ day. Pizza Day. It’s a delicious piquant cheese which melts beautifully, and combined with Mozzarella make the perfect topping. 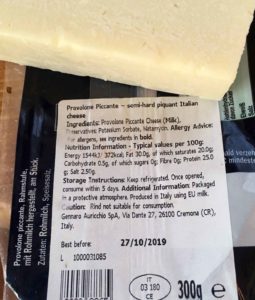 Cheese experts Castello tell us: ‘Provolone has found its home in the regions of Val Padana in northern Italy. Friesian cows that graze near the Po river supply fresh milk to the creameries and are key to the development of the velvety and rich taste of the Provolone.’ 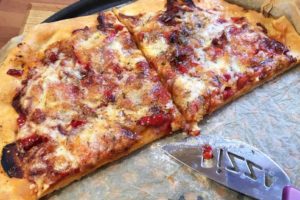 I still have half of my precious piccante cheese and I want to use it wisely. Another pizza or perhaps a risotto. Yes, I do have a bag of rice at the back of the cupboard. I’ve cut back on carbs these last two years so I expect it’s seriously out of date. Waste not, want not.

I’m very grateful that the Royal Mail is still delivering. Yesterday I had two letters, and a lovely card of Puffins painted by Lizzie Spikes, from my best friend from my schooldays. I’m very lucky to receive handwritten letters – a rare thing these days, I believe. Until recently, my friend lived in the middle of nowhere in Wales, in a farmhouse up a mountain, without a computer, television, mobile phone – by choice. She has written to me nearly every week over the last fifty years. A few gaps of correspondence in our student years when we were busy ‘finding ourselves’, prancing around in Biba kaftans, and falling for our chiselled jawed American Literature/Anglo Saxon lecturers. Well, that was me anyway. 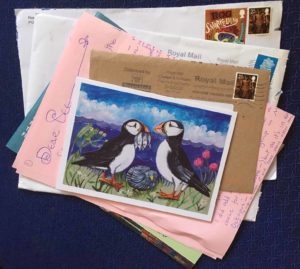 If it’s not a letter, it’s a postcard from somewhere she’s been visiting. I love postcards, especially from interesting places with unusual and quirky observations. With skill you can squeeze quite a lot of words on the space on the reverse. I’m also a fan of Martin Parr’s Boring Postcards which became a best seller in 1999 when it was published. ‘Dull, post war scenes around the UK’ from Parr’s extensive postcard collection’  All those soulful deserted bus stations, early motorway views and holiday camp pictures. Love ’em.

My friend moved into a flat in town recently and the letters are more prolific probably because she is nearer a post box now. Access to public transport is easier than walking and cycling- as she did down the steep hills and along narrow country lanes and so she’s able to visit more places – more postcards.

I enjoy reading about what she’s been doing and places visited – what she’s reading at her book club, films seen at the arts centre and exhibitions at galleries. That’s all changed with the lockdown, as we all hunker down in our houses or flats – our sanctuaries – our new world and reality. But we still have thoughts and imagination to give succour – as well as the means to keep in contact with other people. Words, words, words. Texts, emails, letters.

I have to admit that I’d rather to send an email than write a letter now as my hand writing is dreadful after years of writing on the computer – and my spelling goes to pot as I write quickly and make a mess trying to correct mistakes by hand. I even have trouble writing greetings legibly inside cards; I write the message in pencil first. I tend to write my letters first on the computer, print it off and send to my friend. I do write a diary every day, so it doesn’t matter if my handwriting is all over the place. It’s just for me and anyone else taking a wee peak will have problems deciphering it.

I was taught the Marion Richardson style of handwriting when I was little – from the Writing and Writing Patterns book. She was from the Midlands like me. And the shape of the letters still remains in my sort of zombie version of her style of writing . When I think back to my teaching days – I always wrote neatly and clearly on the blackboard and later white boards. I used to emphasise the importance of good handwriting to students in their exams and course work and making it easy for the markers. ‘Think of the poor examiner marking piles of scripts at midnight’ – I spoke from experience,  ‘straining their eyes to read all those words while dying for a cup of tea, or glass of wine. Make it easy for them.’ 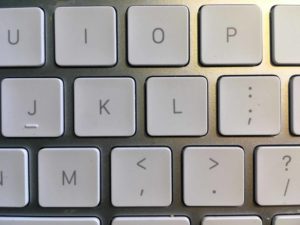 Now tapping on a keyboard is easier.